Wolfdogs and wolf-like dogs are not a recent invention. In reality, the link between dogs and wolves has always been present. Wolves and dogs share their DNA and both belong to the genus Canis. Dogs are classified as a sub-species of Canis lupus (the wolf).

ANCIENT HISTORY: While many fossils of dog-shaped animals have been found up to 14,000 years old, new DNA evidence suggests that domesticated wolves are much older. Fossil evidence found in the case of a Russian specimen uncovered an animal that was just on the cusp of becoming a fully domesticated dog when its type died out 33,000 years ago. This implies that while we lived a natural hunter-gatherer lifestyle, we lived alongside domesticated natural type canines for many thousands of years. They still looked much like natural wolves and retained many natural behaviours. It was only as humans began farming and settled into permanent villages that development of the different shapes and purposes for dogs began to form. We see this today in modern dogs breeds.

HISTORICAL WOLFDOGS: DNA evidence now shows us that in many rural areas, wild wolves and domestic dogs, such as flock guarding breeds, have continued to occasionally crossbreed over the centuries.  All dogs have wolf DNA but some of the genes within that DNA have mutated to give the cosmetic differences we see today in our dogs. Now some wolves also carry those “mutated genes” from our domestic dogs (for example, black wolves have a colour allele inherited from a domestic dog ancestor).

RECENT HISTORY: In the last 100 -150 years, wolf ownership and wolf to dog cross breeding has been much better recorded. In 1912 it was first reported in the news the story of James Damrell in the USA who owned several wolves (or wolfdogs) and trained them to pull a cart. The foundation of the German Shepherd Dog and several Northern dog breeds include a small percentage of wolf to dog crosses in their foundation stock. Between the 1930s and 1950s, several specific breeding programmes were developed in Europe to create breeds from crosses of European Wolves with German Shepherd Dogs, while in America the trade of fur farming contributed to some wolfdogs which looked very wolf-like but behaviourally were domesticated and therefore easier to farm.

CURRENT DATE: Today, almost all wolfdogs and wolf-like dog breeds are well established breeds/types in their own right. There are a variety of different wolfdog breeds including both working and companion types with their own breed standards and characteristics.

It is almost unheard of to find modern breeders making recent crosses between wolves and dogs. In the very rare instances where they do, they almost never cross those wolves with a pedigree dog breed. For example, it’s almost impossible to find first generation wolf cross malamute (although many puppy farmers will misrepresent their animals as these crosses in the hopes of achieving a higher sale price). The vast majority of wolfdogs and natural type dogs are NOT recent wolf to dog crosses but in fact are multi-generational and selectively bred. Those few from recent wolf to dog cross breeding, live in zoo’s, sanctuary’s and private licensed or research establishments. These are not available to the domestic pet market. Do not fall victim to a puppy farmer misrepresenting their dogs for a higher sale price! 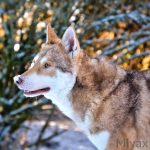 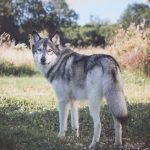 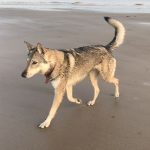 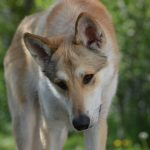 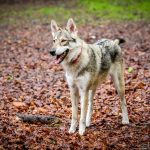 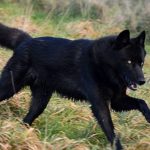 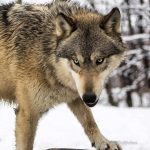 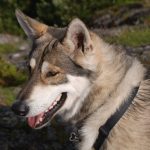 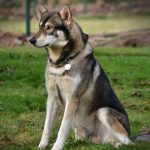 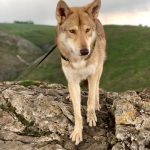